We interviewed Thomas Bustnes, one of the founders behind AS Norsk Gjærverk. A local brewery and bar located in a old workshop.

Looking forward to just hanging out with my kids this year as much as last year. It’s my favorite pastime. I am looking forward to tasting lots of new and exciting beers. I want to become better at making use of the cultural offer in the city, which is probably better than people think.

2. Who/what is Norsk Gjærverk AS?

Mo i Ranas first brewery, an enormously small brewery compared to other breweries in Norway and the world. We produce craft beer with inspiration from all over the world. We are strongly connected to our local history when it comes to the expression of the products, we draw a lot of inspiration from the ironworks and the industry. At the same time as we use old brewing traditions through the use of Norwegian farm yeast.

We are super local so far, have a small customer base in the rest of Norway as well. But it is Rana and the surrounding area that is the catchment area.
We are three friends who like to drink beer, and who decided to make and sell beer. But this is a hobby. We have a fantastic team that has relieved us in recent years, we have three in production and a bunch of bartenders and a general manager who will start in the autumn. 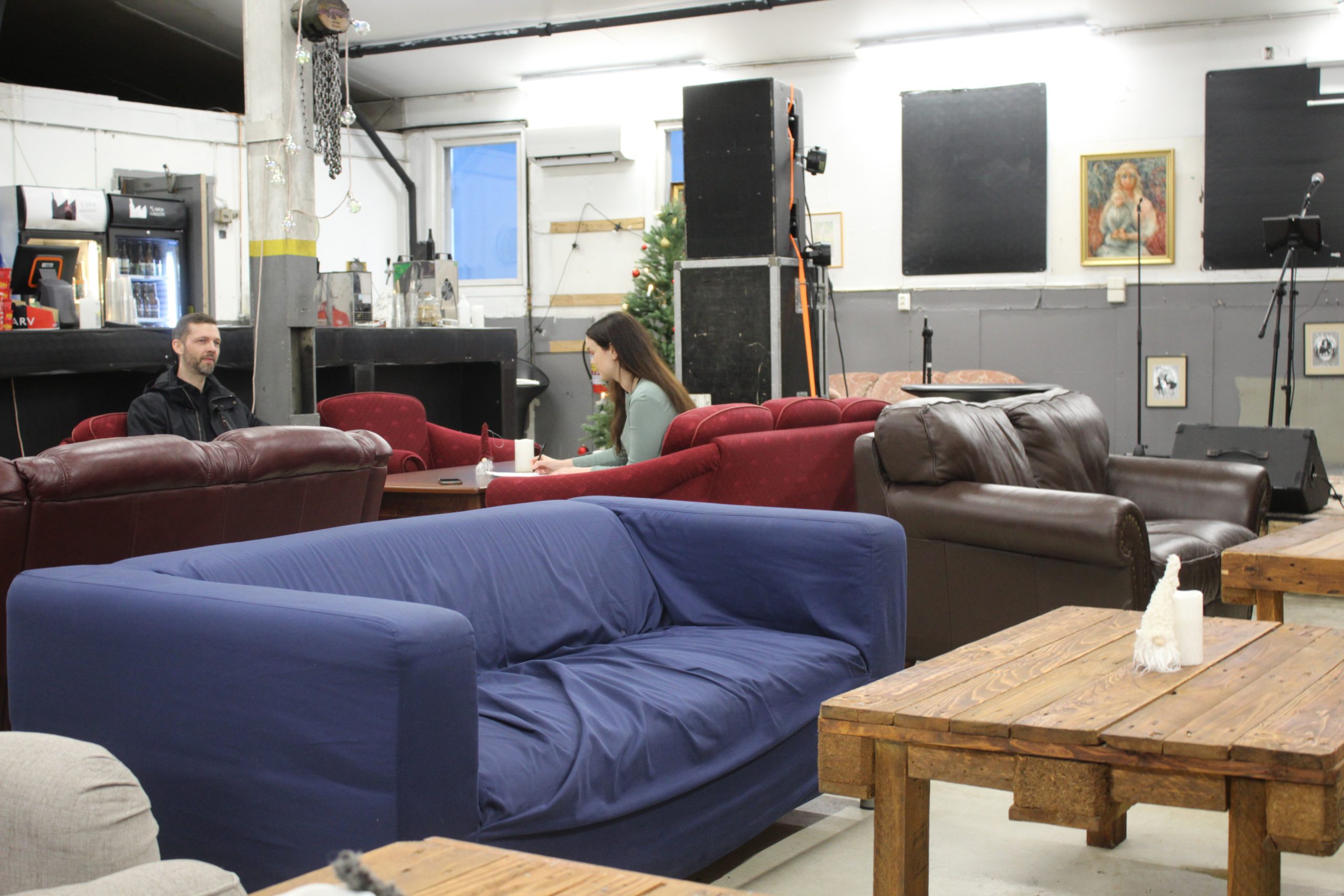 3. What’s the deal with this venue?

You won’t believe it, but this is an old workshop. This venue appeared on the spur of the moment, when we had to find a place. It is in an industrial area, which fits very well with our expression. Very well suited for production, but poorly suited for pub operation. But it works well for small events, such as intimate concerts and karaoke, but also for business meetings. It is completely by chance that we ended up here, but we are very happy that we are here.

It is a particularly well-thought-out interior! We were thinking of painting a bit and redecorating, but the guests protest – it has to be like it is! This is Mo i Rana’s only and largest second hand bar. All of the furniture and pictures have been donated and picked up at the recycling station at HAF. We have built both the table and the bar ourselves from pallets and on the bar we have taped the plastic between the bottles when its packaged. The only thing we have invested in is a roll of tape to tape the bar counter and a urinal.

4. What is the best thing about your jobby?

I have put in many thousands of hours here, but this is my free time. The best thing about the jobby is getting the response to what you have spent blood, sweat and tears creating. Regardless of whether the response is that someone doesn’t like what we’ve made, because we make a lot of niche products – it’s just as nice to hear that someone thinks it was really good. After all, we make something for everyone. It is also really fun to meet lots of people.

5. What is the best thing about Mo i Rana?

Mo i Rana has everything that I look for in a city. I can walk out the door and I’m on a mountain, if I go the other way I have everything I need in terms of cultural offerings, shops and whatever it may be. We are a growing city, so there is so much potential and that’s why it’s so cool to be part of this journey we’re on. I’ve lived in bigger cities, but I don’t miss anything. Rather, it was perhaps the opposite, I thrive more here than I did in, for example, Bergen.

A culture of using what we have on offer. There is an incredible amount of amazing happenings here that people choose not to take advantage of.

The different brews at AS Norsk Gjærverk

7. If you had visitors to Mo i Rana, what would you have planned to show them?

I would run a mix of beer, nature and coffee! We have the world’s most beautiful coastline, so I would drive to the top of Sjonfjellet and just point and say “look what lies at our feet”. There are no places that have such beautiful nature as Helgeland. We cannot compete with big city life when it comes to experiences. But a lot of good things happen here too. We have a world-class coffee bar, we have two beer breweries an hour’s drive from each other and we have mountain peaks where you can see from here to Lofoten.

8. What would you like more people in Mo i Rana to use?

If we want to continue to have a good cultural offer, people must make use of it. It is important that you go to the small local events and not just when the big artists are here. You will probably get more out of visiting a smaller and unknown one, rather than the big and well-known ones. We must dare to break free from the usual and do something we are not used to doing!

9. Where do you want a direct route to with the new airport?

London. It is a good starting point for going to Scotland to drink whisky and to Liverpool to watch a football match.

10. Diving in plura or full speed at ACR?

I will never dive in Plura! I really want to dive, but the thought gives me claustrophobia. Sorry Ina, I love you, but I’m not coming. So it will be full speed ahead at ACR yes!