Offer a local, a Ranværing a coffee, and you rarely get a no. And if you share a coffee served from a campfire, you will have a friend for life. Because sharing a cup of coffee, is about much more than just coffee.

Might be an uncontroversial statement, but when it comes from Howar Johnsen, founder of Munin Coffee Roasters, Mo i Rana’s own coffee roaster, yes, that one might raise an eyebrow. Considering that this man has enormous knowledge and enthusiasm for coffee beans and coffee and delivers award-winning coffee to the hippest coffee bars in Norway.

Howar, like so many of us, experienced the taste of coffee as bitter and burnt. When a friend invested in a coffee machine, got hold of some fresh coffee and invited Howar for coffee, well, there was no turning back.

– The aftertaste was an explosion of flavors. Nuts. Chocolate. Spice. One more taste and then I was in love, smiles the coffee lover.

Lucky Howar was invited to coffee, right? The Ranværingen’s hospitality is characterized by our traditional coffee rituals. Over a cup of coffee, we open up. It is not possible to say “Shall we have a glass of milk one day?” It must be a cup of coffee. Small breaks, that creates rhythm in everyday life. 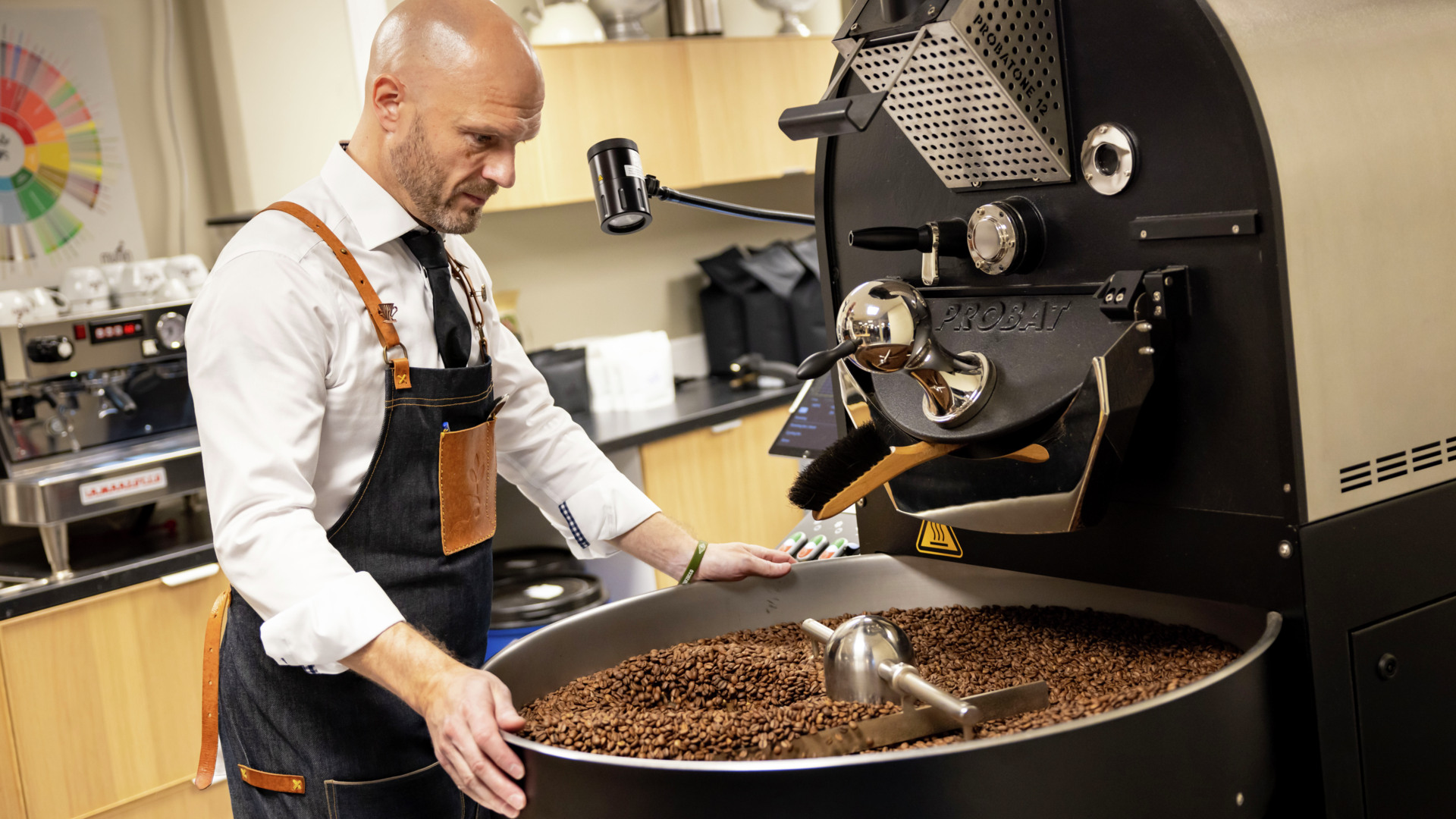 – The hours spent chatting over a cup of coffee are a social highlight!

Around the “long table” at Bimbo Veikro, there is a man slamming his fist on the table. Svein Bogen, former mayor of Rana for 16 years, is engaged in the conversation around the table. Once again, you might say, but it’s not long before everyone around the table is laughing. Five days a week, a group of guys fills the table from opening time, and often until dinner time. Not in the sense that everyone sits all day. No, here they work in three shifts. In these hours, new things are told, business, politics and industry are discussed, new knowledge is updated and there is laughter. There is good expertise around the table.

Bogen has calculated that he spends NOK 4,500 a year on buying coffee at Bimbo. There is health in every penny, he states.

– This is a moment of campfire talk.

– The coffee is a modern version of the camp fire.

Around the fire we are happy, have a break. From earlier times, people have warmed themselves, been social, eaten and told stories by the fire.

– That’s what we do around the coffee cup in everyday life, says Howar, who gets goosebumps every day when he sees people enjoying together – or alone – a cup of good coffee at Munin Kaffehus in the center of Mo i Rana. The coffee house is run together with barista and girlfriend Alexandra Cristina. They also deliver coffee to companies in the region, including the local industry.

Mo i Rana is an industrial town, and the coffee that has been consumed throughout the ages has come from a large coffee industry. There has never been a coffee roaster in the city until now, and “latte-art” has been a foreign word. The coffee machines up “on the industry plot” have been brewing over the years and delivered a black, strong and hot brew. Caffeine. People want it. It sharpens the senses and strengthens concentration.

The iron and coking plant in Mo i Rana can be considered the most extensive industrial project in Norway before the oil was extracted. At its peak, the industry supported around 4,000 people in large-scale industry. Fishermen and farmers moved into the fjord from the islands and became construction workers. The population increased rapidly: Mo became a melting pot of people from across the country who sought their fortune at the iron works.

Large-scale industry and mining were for a long time the core of Rana’s business base. But all fairy tales come to an end, eventually the production based on ore and iron was phased out, while Mo Industripark took over much of the building stock after the conversion between 1989 and 1992. The dust from the ironworks has settled, and out of the ashes Mo i Rana flourishes with a cultural and urban approach.

– Mo i Rana is changing, also on the coffee front. The Ranværings are educated and well-travelled – and knows good coffee. When they get home, they want an equally good cappuccino, made with passion and expertise. People move back for this!

Before, people from the mountain villages came to Mo i Rana on necessary errands to shop and exchange goods with the merchant Meyer through what was almost untouched wilderness. People from the coastal areas also came to Mo i Rana to shop. They still do, it is of course much easier with today’s infrastructure, and while in the city you can enjoy a cup of coffee in a café. History says that the workers at the iron works also had time for a cup of coffee to accompany a good conversation. “Small coffee” was a familiar concept – a short break between the start of work at 07.00 and the lunch break at 11.

Although the cup of coffee tastes good at work around the coffee machine, it is around the fire that many locals thrive. Coffee from the black kettle smoking in the cauldron, served in a cup made of wood. An unbeatable experience of well-being and tranquility. Of course, you don’t have to ski or walk for miles to deserve a good campfire coffee, and the weather doesn’t have to be cold either. Coffee cooked on a fire tastes fantastic – no matter what!

– I’m not going to give a lecture here, but…

Then it is not difficult to know what comes from the man who is passionate about coffee, both literally and in spirit:

Coffee is an agricultural product, a fruit. Plant, soil, cultivation conditions and finishing affect both taste and aroma, and the taste is with you all the way from the place of origin. Coffee from Africa, Central America or Asia will taste different. The advanced will know the difference from the various regions of a country. Just as many have done with wine over the years, and as is now done with beer. Smell and taste. Do you think it is difficult? Of course, it takes practice. But try, and you will discover an exciting world. And remember: In Norway you have access to the world’s best coffee.

– Coffee is mindfulness. Slow down and open your senses, advises Howar.

In a coffee shop. At home. At work. On tour. Coffee creates rhythm in everyday life. 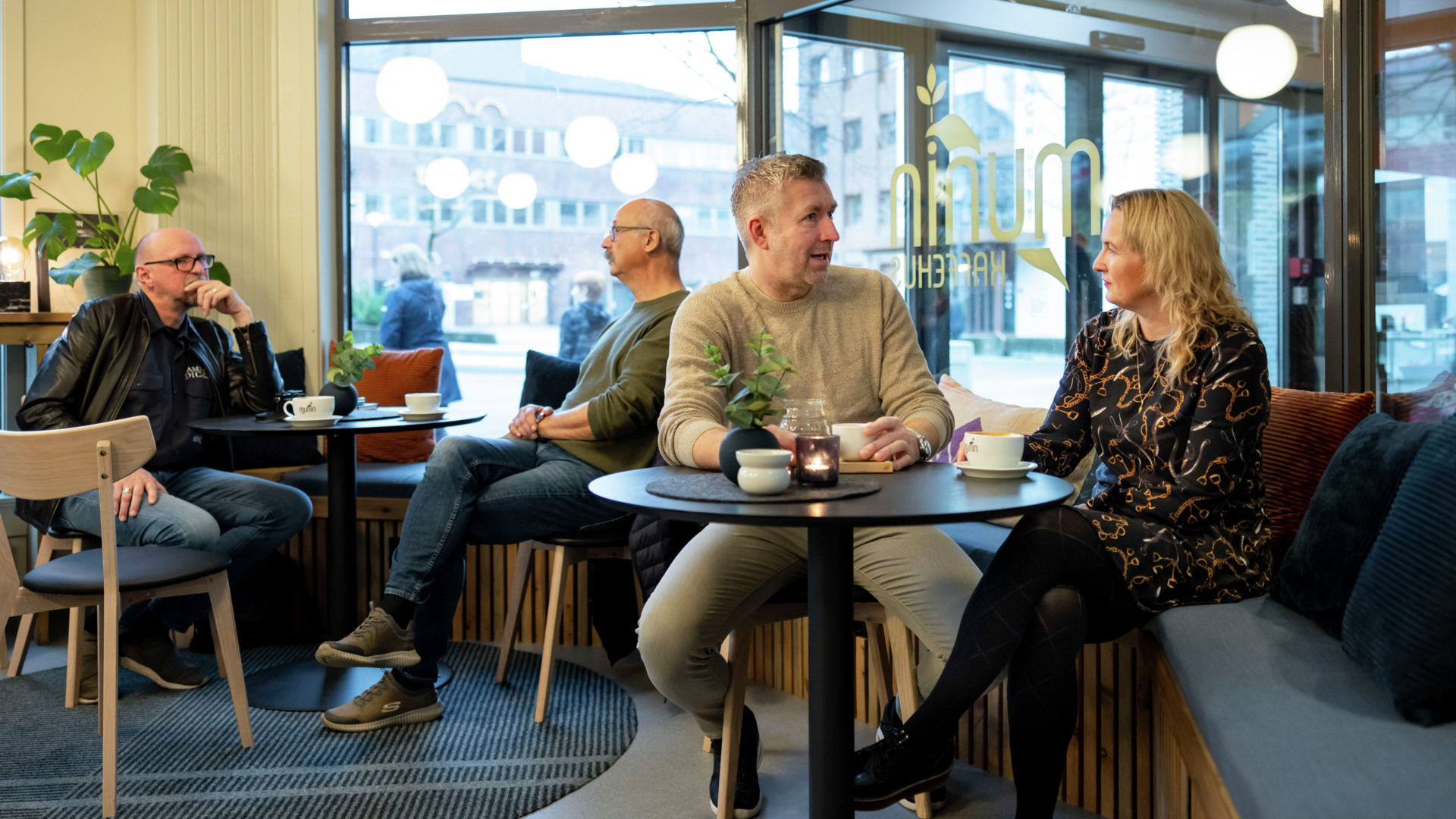